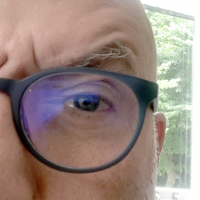 Error message: 'Media error: Format(s) not supported or source(s) not found' ,and below this message the path to the mp4 file;

Things I discovered/tested/used so far:

I cannot reproduce the problem (The error seem to occur randomly), so when the error happens i'm to late to watch the network request (and when you refresh the pase the problem is solved).

I don't know if this is part of the problem but i've discovered some things;

When I open "developers tools" in a browser (F12 on most browsers) and watch "network", I sometimes get and error in the list of (GET) requests. The error doesn't always show up, so I have to refresh the page (F5 and caching disabled) a few times before the error shows up. but it is always the same error. The error shows up with a partial or range request (https://developer.mozilla.org/en-US/docs/Web/HTTP/Headers/Range). Which means something like "give me part of the data from a certain point (in bytes) from a mp4 file until the end of the file or to some other point. The server answers normally with a 206 http status code 206 Partial Content. But in the case of the error there isn't even an answer from the server, it looks like something is already going wrong clientside. In Firefox i'm getting "NS_ERROR_PARSED_DATA_CACHED"...

Anyone having the same errors or a solution?