trog Community Member Posts: 33 ✶ Headliner ✶
January 6, 2022 edited January 6, 2022 in Lectora Discussions
I did a deep dive on our reporting for some Enterprise wide courses. We have a very large data set to work with and I did some number crunching with excel.

I noticed that when question pooling (randomizing a test section and selecting only to serve 1 question), the randomization favors the middle questions twice as much as the first and last question in the same pool.

Is this a normal expectation of the way the randomization has be implemented? Has any one noticed this as well?

Let me explain further and demonstrate,

In this test results below, Pool (Test section) 7 had 2 questions, where only 1 is served to the learner.
From the reporting data, we get what is expected. Each question is served roughly half the time. Perfect!.

However, if we have a test section with 3 questions. We get this. Where the middle question (Question 6) is served roughly twice as much as the 1st or 3rd questions in the pool.

Its not isolated, all of the question pools of 3 questions are roughly like this. 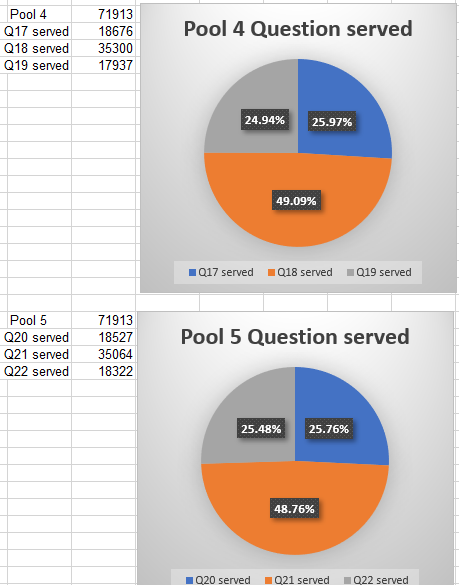 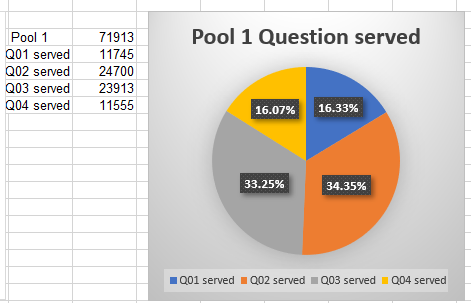 Even with a question pool of 9 questions, the middle questions are favored twice as much as the first and last questions. Q8 and Q16 were served half as much, instead of ~11% for each question. 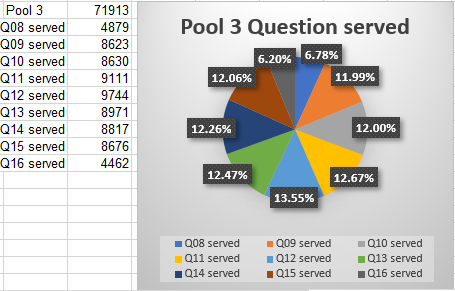 The test was built in Lectora 19. I'm curious if Lectora 21 implements random question serving differently? Have there been improvements?