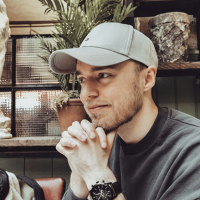 jackgayler Community Member Posts: 72 ✶ Headliner ✶
September 23, 2021 in CenarioVR Feature Requests
I want to be able to add On Show actions onto any object in my scenario.

An example as to why it's needed:

I have 5 invisible hotspots. If I select all 5 hotspots, a '5/5 well done message' appears. When this message appears, I want to be able to: Pause the Scene, Pause the Timer, Set the Scene Variable to Done (plus more).

As there is no On Show or Action Group function, I have to add these actions individually to each Hotspot, creating duplicates of the same thing.

If there was an On Show option for the '5/5 well done message', each hotspot would only need an action to show the message, then the message's On Show actions would do the rest.
Tagged:
Flag 2
2
Up
2 votes