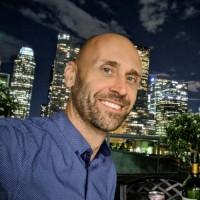 web-foley Community Member Posts: 55 ✶ Headliner ✶
March 30, 2021 in Web Accessibility
Mouse Click text block show, when there is more that one text block to reveal - works in some circumstances. Read by JAWS.

How It's been able to work Scenario:
Page with 3 buttons, as each button is clicked, each show their appropriate text block (else hide). Once all have been clicked, a variable condition will be met and show a final text message. Originally, it would skip the last selected pop-up text as when there are two Show text blocks actions set simultaneously, it will only read the final message. However, placing a 0.5 second delay on the final reveal text block (the one set to Show once the variable sees that all three buttons have been clicked) the screen reader appropriate saw and read them both. Yay!

But this method did not working when applied to a Question Submit button (although definitely was working last year prior to updating to Lectora 19.0.4)

Not working (anymore) Scenario:
Multiple choice single answer. 3 choices. On Submit there are 2 text blocks to show. A text block that populates feedback pulled from a variable depending on the outcome (for simplicity, let's say Correct, Try again and Incorrect type responses stored as a var for consistency, ease of translation and maintenance), and then a corresponding explanation text block that only appears when the learner is incorrect.

One would think that using the same method would produce the same result. But it does not. Example: On Submit Mouse Click. Depending on how I order/trigger the feedback(s) it will only read one or the other now, but not both. Odd that it's the same method but one doesn't work, perhaps it's how Lectora is rendering the code for the page that contains a question... it seems to be the only difference. Ideas?