Responsive Title Not Fitting Well on All Devices 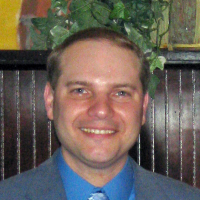 mnelson Community Member Posts: 24 ♪ Opening Act ♪
November 28, 2016 in Lectora Desktop
I published an iOS and Android native app using Lectora's responsive design. On iOS devices, there is a large gap between the bottom of the text and the top of the image and/or buttons that follow. On some Android devices, the gap is normal. But on some other Android devices (like the Razr), the bottom of the text (a couple lines) are covered by the image or buttons, so you can't read it. Even worse, the right edge of the content is cut off - it doesn't automatically fit the width of the screen.

Based on this, it looks like there is no way to size the text box correctly in Lectora to accommodate all of the devices' text expansion, while maintaining a consistent gap between the text and the content that follows. Is there a trick or workaround to handle this? And I don't understand why the app extends past the right edge of the screen on some devices, if it's responsive. (The pixel dimensions of the device that had this issue are larger than the default phone portrait size in Lectora, so it should fit.)
0

So You Wanna Be An eLearning ROCKSTAR?

We're all fans of eLearning here! Want to become an eLearning ROCKSTAR? Just click on one of the buttons below to start your rocking journey!