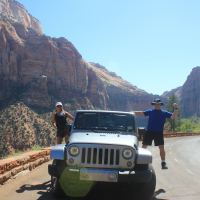 wheels Florida USACommunity Member, Administrator, Moderator, Rockstar Manager Posts: 636 eLearning ROCKSTAR Admin Team
April 11, 2016 in Lectora Online
This has been covered many times so it might repeat some other posts, but this does also specify how to implement displaying progress in an LMS when publishing to SCORM 2004 (this works for for 360 training's LMS, and potentially many others).

For SCORM 1.2 use the AICC_Lesson_Status variable which sets the cmi.core.lesson_status for the SCO (sharable content object, or in our case a title). Different LMSs may want special values for this, but typical ones are 'not attempted', 'incomplete', and 'completed'. The variations are usually only for the 'completed' value: 'Completed', 'complete', 'passed' are some variations.

For SCORM 2004 we support the 3rd Edition Spec. We do not use cmi.progress_measure instead we follow the specification which allows us to set the cmi.completion_status directly. This is done by using the CMI_Completion_Status variable.

This page is helpful for mapping Lectora variables to the SCORM spec:
http://trivantis.com/help/Lectora_Online/3.1/en/HelpHTMLs/index.html#4350.html#cmi

The 2004 specification says that the LMS shall implement the cmi.completion_status data model element as a state consisting of the following vocabulary tokens:
• completed
• incomplete
• not attempted
• unknown

Also of note for SCORM 2004 is the Lectora AICC_Lesson_Status variable which maps to cmi.success_status.

The 2004 specification says the LMS shall implement the cmi.success_status data model element as a state consisting of the following vocabulary tokens:
• passed
• failed
• unknown

For SCORM 2004 the CMI_Core_Exit variable maps to cmi.exit and can be used to control learner sessions or attempts. You need to set this to normal to close an attempt, otherwise it will be passed back as suspend and the attempt will be continued when the user re-enters the course. Valid values are:
• normal
• suspend
• "" (empty string)

* The variable AICC_Score is what always maps to the SCORM score stored in the LMS. This can be set using a Modify Variable action, or by having a test which is "graded".

* If you publish to SCORM 2004 and have an LMS that shows course progress (via a progress bar) you can take advantage of that by doing a Run JavaScript action as the students progress, to set progress, try this:

Where ProgressVariable is a Lectora User variable that is set with the progress, say a value from 1 to 100 ? Or you could just set the value directly by not using a variable and putting the progress value right into the call.  For example when they are half way through:

You will have to set the cmi.completion_threshold which is the point at which it's deemed complete. Do this at the beginning of the course with another Run JavaScript action:

As you can see we can really support any LMSs SCORM implementation.  Even non-standard implementations are easy to adjust for.  Please post questions here if you are reading this and still have questions!