Very frustrated with Trivantis and 508 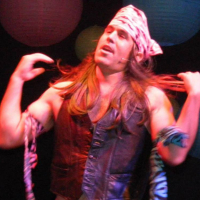 It sure seems to me like Trivantis has forgotten about Section 508 again. Sure, years ago, they touted that Section 508 was a key feature and selling point for their software, and it was - they worked a ton with government agencies and software developers to make sure that everything that was published was as accessible as possible (as long as the person building it knew what needed to be done.)

So, then they release vX.5... and whoops! We forgot to QC the software update before we released it, so now none of the video players are Section 508 compliant. Our bad. But trust us, the vX.6 will solve that issue. So I install X.6... and guess what? It's still publishing non-compliant video players. Sure, they added the handy "Use Section 508 Options" in the publish menu, but even when that's selected, the video player's buttons are all read as "unlabeled button."

I understand that as a company gets larger, they eventually abandon the business model that got them to where they were and selecting instead to cater to the masses. I understand the economics of it. It's just too bad that it appears that another company is spending more time developing animated avatars than making sure that they publish Section 508 compliant products.

Boo... We don't want neon-lighting in our cup holders, guys - we want a good product that functions well. Spend a little more time on the essentials, and a little less time on the fluff.